During drug development for human central nervous system (CNS) disorder, in vivo nonclinical studies for safety pharmacology studies of CNS are generally performed by observing animal behavior, and there are not enough assays to predict the effects on cognitive function. To solve this issue, we need to develop an in vitro experimental system that can assess synaptic functions involving in learning and memory. Because neuronal culture is a good system for evaluating synaptic function in vitro, it is awaited to establish an in vitro assay(s) using cultured neurons of human iPS cell-derived neurons in the future. However, culture methods often require skilled techniques and are poorly reproducible. We have recently succeeded in developing an in vitro assay for evaluating higher brain functions using cultured neurons derived from rodents, which are quite stable and reproducible. 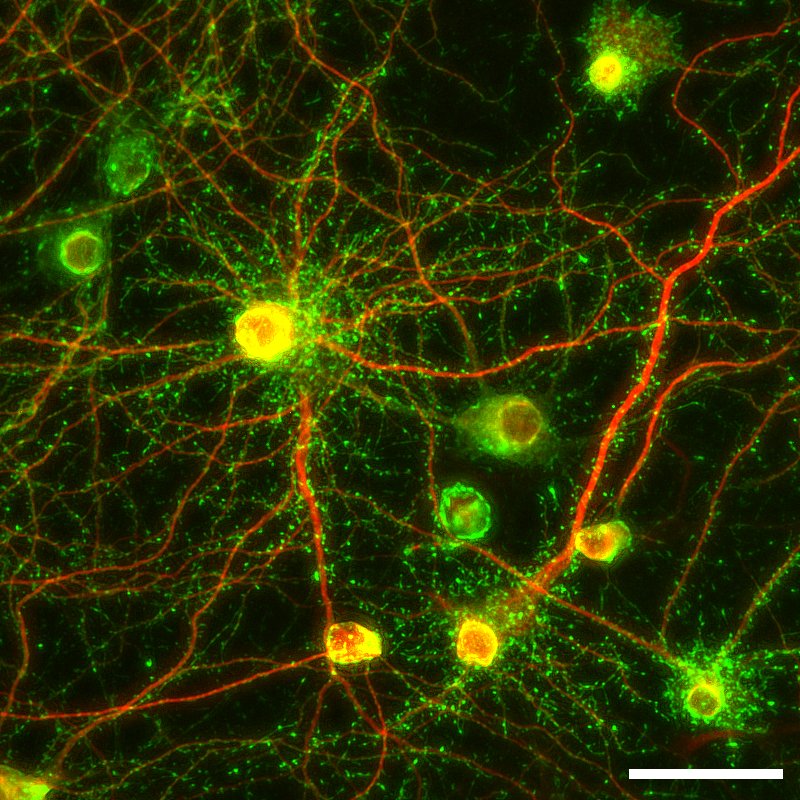 We first tried to develop neurons which can be cultured stably and then successfully generated frozen stocks of primary neurons prepared from fetal rat hippocampus on embryonic day 18, which are stable in quality with little individual variability and could be stored in freezer for a while. Culturing these cells, named SKY NeuronNote 1, do not require glia conditioned medium or sandwich co-culture with glial cells. Ordinary primary culture media (e.g., Neurobasal with supplements such as B-27 or SM1) without adding serum can be used to culture these cells. It has also been demonstrated that there is no need of medium change for 3 weeks after thawing and seeding these cells (Fig. 1). Since the same lot of cells can be easily cultured in serum-free medium, it is expected to improve the reproducibility. So far, we have confirmed that dozens of institutions have had experiences of culturing these neurons with relatively low variability in terms of quality. In addition, to achieve high-throughput in vitro assays using cultured neurons, we developed a fully automated method for image acquisition and analysis after seeding and staining SKY Neuron using 96-well plates (Fig. 2, [1]). 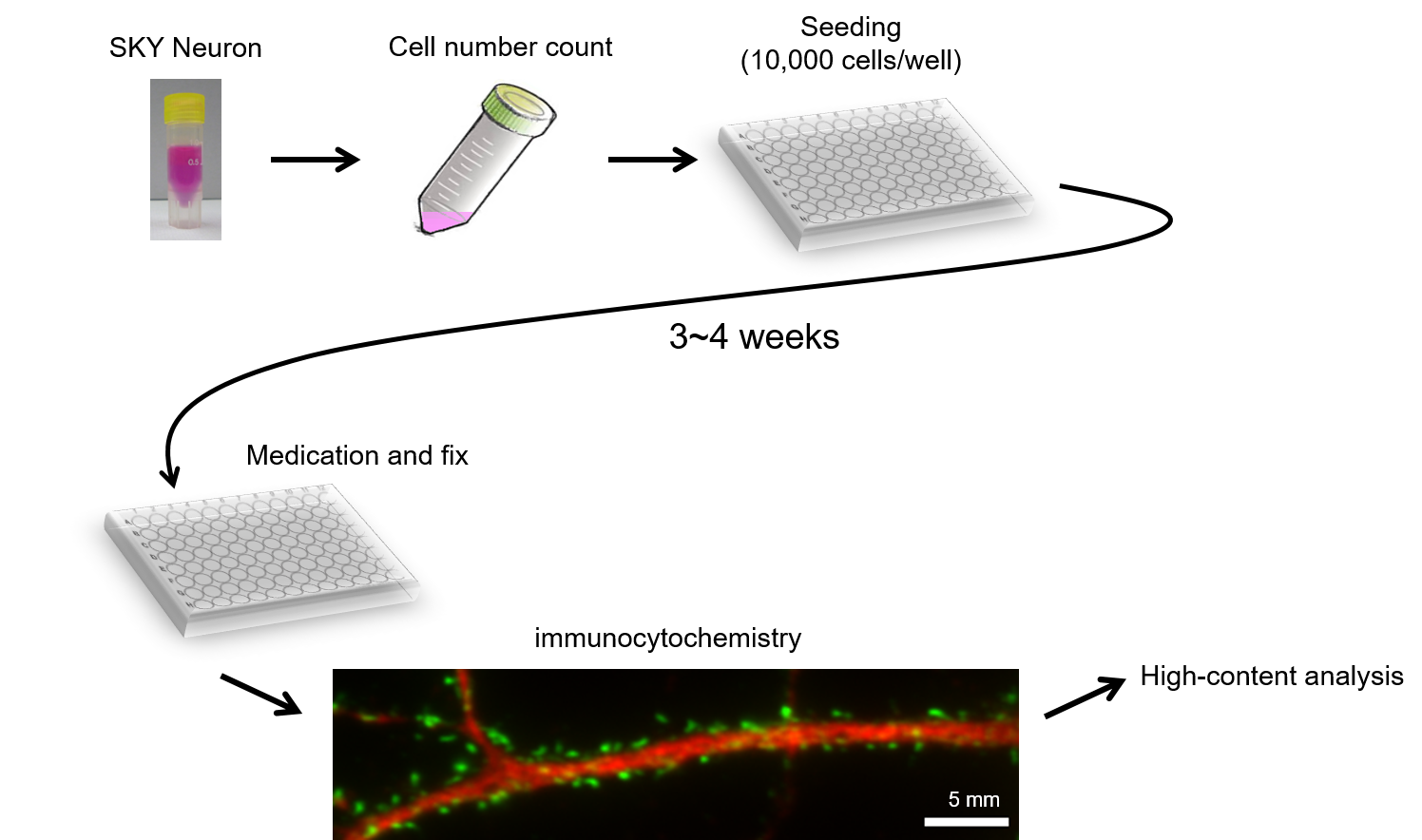 Many in vitro assays to assess cognitive function focus on cell death and/or on the generation of epileptic waves, but we have developed a new assay that focuses on synaptic dysfunction. Synapses, which can be described as minimal units of cognitive function, contain many proteins and among them we have focused on drebrin, an actin-binding protein. Drebrin accumulates at synaptic sites in mature neurons [2], however, drebrin accumulation is not observed when synaptic dysfunction occurs suggesting the change of cluster density of drebrin can be a surrogate marker of synaptic dysfunction. By conducting a high-content analysis focusing on drebrin cluster densities using SKY Neuron, we have recently reported the detection of glutamate receptor activity, effects of actin polymerization inhibitors [1], and inhibitory effects of phencyclidine analogues on NMDA receptors [3].

SKY Neuron is now widely used for analyses of other synaptic proteins and for neuronal structural analyses other than synapses, and high-content analysis focusing on drebrin cluster densities are being applied to evaluation of drugs whether those affect synaptic function. We believe that this analysis will clarify the effects of pharmaceuticals on cognitive function in vitro and lead to accurate safety assessment of them. After further improvement of the analysis, it may be applied to drug discovery research.

Note 1: SKY Neuron introduced here is a result of Gunma University and now available with compensation. In addition, it will be commercially available in the near future. If you would like to know more information, please contact us (authors).